Call for a "rapid, sweeping and costly lockdown" comes from Group of Eight Australian Universities panel

Here's what they are arguing for

When Australian Prime Minister Scott Morrison first announced bans on mass gatherings of more than 500 people in the face of the rapid spread of COVID-19, schools and universities were largely exempted. And the nation’s schools have largely remained open. 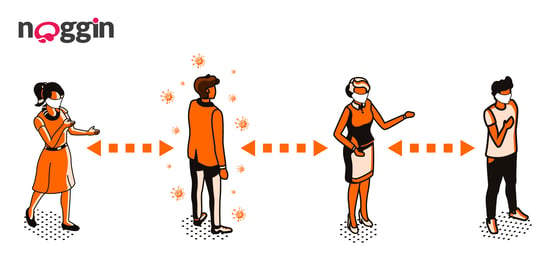 It is no surprise, then, that out of this academic community would come the sternest recommendations given to (and subsequently rejected by) the federal government for curbing the spread of COVID-19.

Convened at the request of Chief Medical Officer Brendan Murphy, the majority of a 22-member panel composed of eminent infectious disease researchers from the Group of Eight Universities called for a “rapid, sweeping and costly lockdown,” supporting stronger decisions in what they termed a “go now, go hard and go smart strategy.”

Though vetoed by the government, the recommendations might signal what comes next in the quickly evolving COVID-19 crisis in Australia, especially in its schools and universities sectors. They are, therefore, worth considering in detail.

The panel introduced its recommendations by first noting that Australia was earlier than other peer nations in managing the virus optimally, positively comparatively the lower rates of both total cases and community transmissions in Australia, where most cases have come from international travel, to nations like Italy, the U.K., and U.S, where community transmission is more widespread.

The crisis remains remarkably fluid, though. Sharp increases in cases – case doubling time is now at 1.6 days versus six in February, putting the country on pace for 50,000 cases by Easter – in particular, mean that the window of opportunity for implementing proactive measures that would result in a smaller epidemic and less stress on the nation’s health system might be closing fast.

What’s recommended by the panel, broadly speaking, includes “strong, immediate, and coordinated” social distancing measures, backed up by an enhanced testing regime – the latter required not just in peak times but as part of a longer-term effort.

Justifying this position, the panel reasoned that Australia is currently at the same point of its COVID-19 infection curve as China and South Korea were when those nations implemented coordinated social distancing measures – South Korea took a more targeted approach to social distancing while testing at scale. And so far, China and South Korea have been the only positive test cases for flattening the curve after case doubling was at a similar point to where Australia is now.

So, what are the recommendations, exactly? The panel offered the following four:

On the other hand, the large number of cases coming from now-stopped importations, the variation in case density across the country, and the potential adverse consequences of closures (including difficulty with sustaining compliance with early closures) argued for another viewpoint – the panel, generally speaking, noted the myriad social and economic considerations the government would have to factor into its final determinations.

That view was held by a minority of the panel. Closer to the government’s current position, these panel members recommended a regionalised and phased response – for instance, today marked the first closure of the Queensland-New South Wales border since the Spanish Flu outbreak of 1919. Specifically, immediate cancellations of mass gatherings would be localised to areas once sustained local community transmission was identified. And blanket full school closures would be localised to regions which met a defined threshold.

Finally, the panel, recording the criticality of the crisis, agreed to continue to work to identify potential triggers for lifting strong social distancing measures once implemented.

Of course, the situation remains fast changing, and we will continue to be your font for up to the date information about the ongoing public health crisis.

If you are struggling to manage your organisation's response to COVID-19, Noggin has a free COVID-19 Response Module available to organisations free of charge for the duration of the pandemic. You can learn more and get access to the free software application: