A few weeks ago, the team at Noggin attended the Australian Airports Association (AAA) National Conference, the pre-eminent aviation conference in the Asia-Pacific region. There, we learned all about the latest innovations in airport technology as well as new developments in best-practice principles. 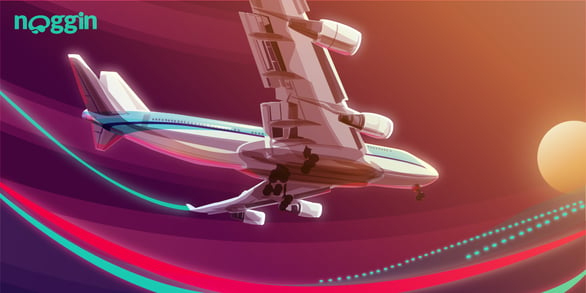 To all involved, it was truly an extraordinary experience interacting with and listening to industry leaders, professionals, and stakeholders. But one speaker really caught our attention, Belgian police officer, Jean-Pierre Devos.

Devos has more than 25 years of police experience. Since last year, he’s been working as an intelligence officer/analyst for the Federal Police of Belgium, in Brussels.

Prior to that, Devos served as the commander of the daily police unit, a patrolling team, at Brussels National Airport. The unit of 120 police officers is in charge of the “normal” police interventions at the airport, i.e. traffic issues, criminal investigations, public order, VIP arrivals.

He was in that role on March 22, 2016, the day of the Brussels Airport attack, which killed 32 civilians and injured hundreds more. In fact, he was at the airport’s police station, less than 75 meters away from the departures hall where the bombs were detonated.

Along with colleagues, he rushed to the scene to help. And he later even testified about his experiences before a parliamentary investigation commission.

During our session, though, he focused on an unusual challenge he faced while responding to the terror attack: the logistical challenge of having to navigate around bystanders in and around the terminal when the bombs went off. You see, the emergency team evacuated everyone in the terminal with the hope that they’d leave the scene entirely. Instead of fleeing though, a number of people just turned around and started recording with their smartphones.

What’s more, a few people even tried to get back into the terminal to pick up their luggage, in some cases climbing over the injured and the dead to reach their belongings. To ease the haphazard tide of human traffic, the first commissioner eventually had to actually assign station officers to prevent people from returning to the terminal.

Sure, a lot of this behavior makes no logical sense. But the implication is pretty clear for emergency response agencies: don’t expect your public to act rationally during a major incident.

Instead of assuming a passive or compliant public, agencies would be better served to take various bystander behaviors into account during their response trainings. With the prevalence of handheld devices, agencies should also expect more not less “disaster voyeurism” in the future, which then increases the likelihood that their response will be critiqued once those videos go viral.

The only question now is how emergency agencies will respond in the future.