*If you'd like to discuss your client portfolio, existing implementations, and/or how to take Noggin forward with your customers, please contact us at partners@noggin.io to schedule a meeting.

The Suez Canal is one of the most important arteries of international trade. On a yearly basis, over a billion tons of cargo go through the passage. Sure, organizations might have once been excused for failing to understand the consequences of a temporary blockage. But after the 2021 blocked Suez Canal crisis, there’s no longer an excuse to ignore the importance of crisis planning for the supply chain scenario. 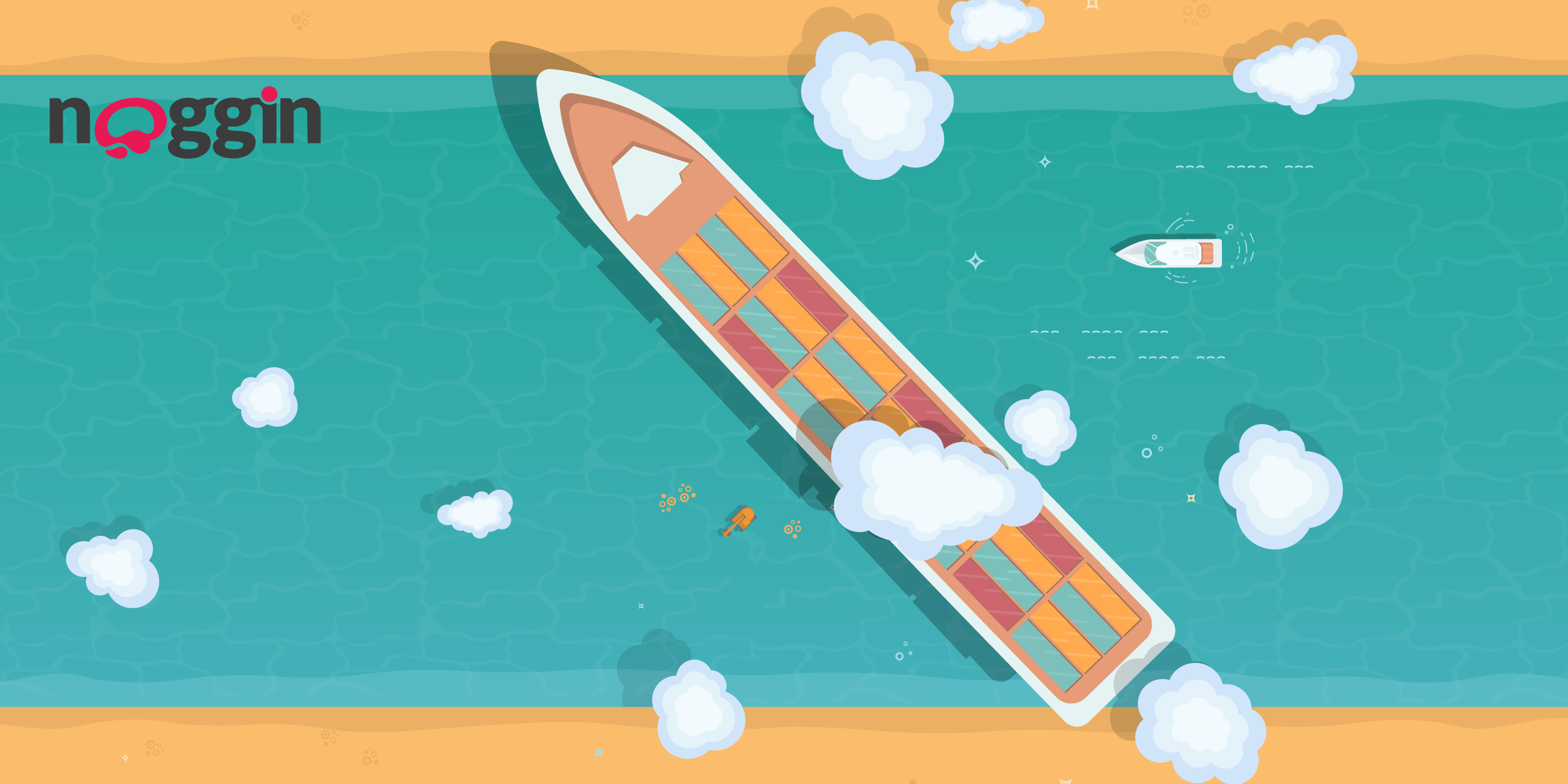 A short intro to the blocked Suez Canal crisis

By now, we all know the broad contours of the blocked Suez Canal crisis. The Ever Given, one of the largest container ships in the world, ended up stuck in the passageway, which measures 300-metres across at its narrowest point.

The ship’s grounding effectively blocked the Canal for nearly a week, while a queue of hundreds of ships lined up to pass the canal. As those ships waited, an estimated USD 400 million in goods idled every hour. All told, the cumulative economic impact of the blocked Suez Canal crisis amounted to some USD 5.1 billion/day in westward traffic and USD 4.5 billion/day in eastward traffic, according to estimates from Lloyd’s List.

What lessons should organisations take away from the blocked Suez Canal crisis?

Whether your clients were directly impacted by the blocked Suez Canal crisis or not, the fact is the incident should give them ample cause to reassess their supply chain scenarios. Why? Well, the proliferation of just-in-time networks, i.e., the practice of receiving goods only as needed for production, might have increased inventory efficiency and lowered costs. The downside for your clients: poorer visibility.

When the COVID-19 crisis came, that business risk bore fruit. Just-in-time producers simply didn’t hold sufficient inventory to absorb the kind of supply shocks that the pandemic produced, leaving everyone in the chain, especially smaller companies upstream, highly vulnerable. An eye-opening statistic: 94 percent of the Fortune 1000 recorded early disruptions to their supply chains

Zooming forward to the blocked Suez Canal crisis, what can your clients do to prepare for supply shocks? Firstly, having a pandemic scenario plan that covers supply chain risk helps markedly. According to BCI, pre-pandemic only 28.5 percent of companies had plans that covered supply chain issues.

That’s not all. As part of the broader effort, your clients must make a commitment to doing due diligence on their entire supply chain – not just on their tier-one suppliers.

What does that mean? Your clients will also have to determine supplier locations and obtain/share updated business continuity plans from/with tier two suppliers and beyond – it might even be advisable to have key suppliers participate in the scenario planning process.

Those pieces of information should be stored in a crisis management software solution that will be used for the relevant crisis response, as should the results of (more) regular risk assessments into your client’s supply chain.

That’s just the start of it, though. Not just supply chain incidents but also crises of all kinds are increasing in cost and quantity. Looking for a partner to help you better improve your customer’s resilience?  Consider joining the Noggin Partner Program: