2020 was the year of the pandemic. But though COVID-19 garnered the headlines, 22 other disasters shattered records. Cumulatively, those billion-dollar disasters might say more about the future of emergency management than anything else. 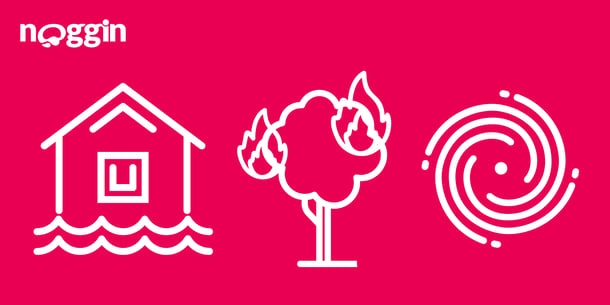 We’re in the era of billion-dollar disasters

That’s not all. The fact that the prior record had only stood for a handful of years has even greater implications. After all, it was only in 2011 that the U.S. experienced 16 billion-dollar disasters. A mere six years later, the number was hit again.

Nor does the present record of 22 billion-dollar disasters seem safe. The longer-term trend has been more frequent, costlier disasters – rather than less.

Indeed, the Ecological Threat Register 2020 estimated a ten-fold increase in the number of major disasters since 1960. The cost associated with those disasters has also risen.

The increases have been global, as well. The U.S. might have seen the most major disasters of any country in the last 30 years (704). But every country and region has been affected.

For instance, the Asia-Pacific region has seen the largest number of natural disasters of any region in the last 30 years (2,845). Australia, alone, has experienced 151 climate disasters in the same period, a rate of roughly five major disasters per year for a population of some 25 million.

Emergency managers, for their part, must factor in the increased likelihood of billion-dollar disasters into their planning assumptions. In climate vulnerable regions, in particular, plans must now be made for multiple major disasters hitting at once.

Here, the experience of COVID-19 could offer a preview for emergency organisations seeking to plan for how to respond to multiple billion-dollar disasters at once.

Specifically, the risk of COVID-19 transmission forced many Emergency Operations Centres (EOCs) to go mostly or fully remote, often for the first time. Other physical EOCs went virtual after employees began exhibiting symptoms of the virus.

For practitioners, these forced transitions often proved less than ideal. The so-marketed virtual emergency operations centres their organisations had procured served, at best, as places to collect data from the field.

A common complaint: the solutions in question often lacked the necessary capabilities to make information actionable; or, to adjust processes and procedures to meet the needs of a major incident response.

Well, in this era of multiple billion-dollar disasters, virtual and mobile will only become more commonplace. As such, those emergency response software limitations can’t be allowed to stand.

Our Buyer’s Guide to Emergency Management Software  gives you the answers, download it below: