Home to the 2018 Camp Fire, Butte County, California, located as it is in the Wildland-Urban Interface (WUI), is increasingly representative of the type of  transitional area between unoccupied land and human development that’s increasingly become the site of heightened utility wildfire risk. 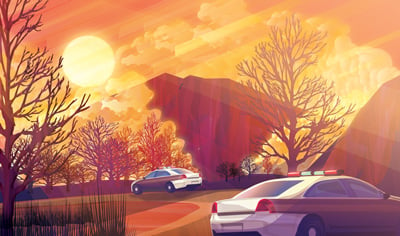 Why? The WUI, according to the U.S. National Academy of Sciences, experienced rapid growth from human development in the last decades.

As a result, utilities who serve residents in the WUI must understand the wildfire risk their very own infrastructural assets pose, especially aging equipment. The media learned, for instance, that on the day the Camp Fire first ignited, California utility, PG&E, alerted its regulator, the California Public Utilities Commission (CPUC), that one of its own lines had experienced a problem in the vicinity of where the blaze started.

Of course, PG&E isn’t alone, in this respect. According to the data, utility assets routinely cause or are proximate to fire events. Some informal sources put the number of wildfire ignitions from infrastructural systems at anywhere from one to eleven percent.

The Royal Commission tasked with investigating the deadly 2009 Australian bushfires in the state of Victoria found that utilities account for one to four percent of all bushfire ignitions, a raw tally of some 200 fires per year started by electricity assets. Of the 15 bushfires the 2009 Commission studied, in particular, a third were found to be associated with the failure of electricity assets.

Meanwhile, the California Department of Fire and Forestry (CalFire) traced 13 fires to PG&E maintenance and operation of its power lines and poles, often-degraded assets – downed wires or felled poles from overloading or weakened by termites, woodpeckers, or weather – that would eventually come into contact with vegetation.

Though the aggregate is relatively low, wildfires started by utility assets are more likely to happen on days of extreme fire danger. Those fires then go on to be more devastating and costly, according to data from the insurer, Lloyd’s. Between 1984 and 2013, economic costs from wildfire events averaged around $172 million per event, with insurable losses running less than half of total losses.