Just last month, there were five named storms in the Atlantic all at once – a rarity last seen in the early 1970s. Nor is the Atlantic the only hotspot for storm activity. The interim Royal Commission investigation into last season’s bushfires also forecasted increasingly “erratic” storms hitting Australia.

For crisis leaders battered by COVID-19 yet still in the path of surging storms, it’s not only time to dust off your severe weather preparedness plans but also to get acquainted with the Incident Command System (ICS). 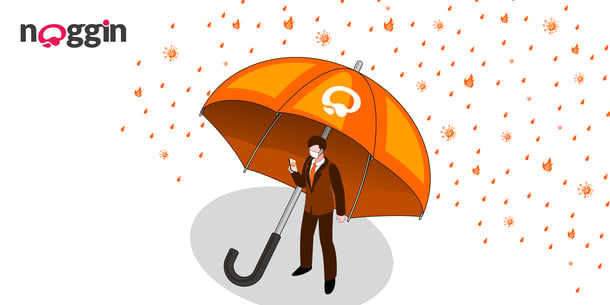 A landmark development in emergency management, the Incident Command System is an operational incident management structure that provides a standardised approach to the command, control, and coordination of emergency response for organisations across the U.S. It’s also birthed regional variants, like AIIMS, that provide the same function in Australasia; and sectoral variants, like HICS, that provide the same function for healthcare.

Although a staple in incident management, ICS has been experiencing a resurgence in interest across the all-hazards space, with back-to-back hits from the pandemic and severe weather incidents leaving us all reeling.

Why ICS, then? Well, ICS was created in the aftermath of California’s catastrophic wildfires of the 1970s.

The level of destruction prompted a review of how agencies could have performed better. And through that review, the following became clear: poor management and lack of synchronisation among responding agencies. Scant joint planning beforehand had led to poor resource management and inadequate inter-agency communications on the scene. Worse still, poor communications then corroded information flow at the site.

Exiting the wildfires, it was clear that response agencies would have to learn to cooperate, communicate, and coordinate better. A common organisational framework didn’t exist, though, so the question turned to how.

Analysts recommended an inter-operable structure that would eventually become the Incident Command System. Standardised first among fire response agencies in the western U.S., ICS quickly spread to non-fire agencies. It’s now not uncommon to see the structure in use in corporate crisis and incident management, especially for organisations that also have Emergency Operations Centres (EOCs) – physical or virtual.

So, what does ICS teach crisis leaders, specifically? ICS concretises a lot of incident management best practices into a unified approach to incident response, helpful to anyone. The structure integrates a combination of facilities, equipment, personnel, procedures, and communications, which then all operate under a common organisational structure. And that can mean a lot for corporate crisis teams, especially in industries with a major physical asset footprint.

For starters, a corporate crisis is often beyond the capacity of a single crisis or business continuity team to tackle. The team will have to work in tandem with outside agencies. Since ICS offers a common incident management vocabulary, a crisis team will be able to communicate more effectively with outside agencies who already speak the language of ICS.

Also, the system facilitates the mobilisation of outside resources. What’s more, it enables managers, whether internal or external, to set up a unified, centrally authorised, command structure quickly, without fear of miscommunication.

Nor does ICS just come in handy for crisis teams during or after an incident. It also helps organisations unite, plan, and simulate their responses beforehand. School districts, for instance, have been ready adopters of the ICS team framework.

Finally, ICS-creators, having experienced the ruinous effects of inadequate joint planning took the imperatives of coordinated planning very much to heart. You should, too, especially in this severe crisis moment. To learn more about incident command planning and ICS more generally, download our Guide to Understanding ICS.