With a couple of tweets – how else? – President Trump inserted himself directly into the California wildfire crisis, blaming “poor forest management” as the cause of the “massive, deadly, and costly forest fires” and threatening, for good measure, to pull funding (presumably for federal firefighting assistance).

California Professional Firefighters President Brian Rice issued a blistering response in return. In the statement, he called the president’s message and threat “ill-informed, ill-timed, and demeaning to those who are suffering as well as the men and women on the front lines.”

Nor was Rice the only official to push back against the president’s comments. International Association of Fire Fighters President Harold Shaitberger also weighed in, saying that Trump’s statements were “reckless and insulting.”

These, of course, aren’t Trump’s first fire tweets to stoke controversy. Just this August, Trump went after “bad environmental laws,” specifically a misallocation of readily available water in the drought-plagued state, which he claimed (without evidence) contributed to ineffective fire suppression efforts. 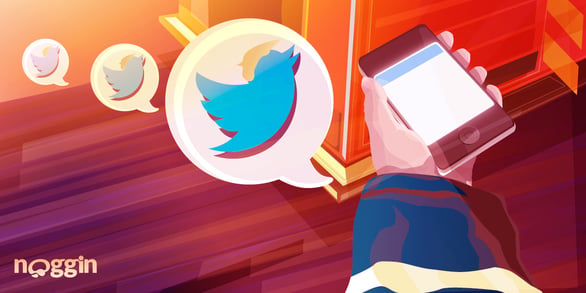 Incendiary or not, the question remains are Trump’s fire claims correct? Let’s queue the fact checkers to find out.

Instead of in sparse rural spaces, the northern California, Camp Fire and the Woolsey Fire both began in the wildland-urban interface (WUI), a transitional area between unoccupied land and human development. According to the National Academy of Sciences, the WUI experienced rapid growth in the last decades, both in terms of new houses and land area, and continues to be one of the fastest land growth types in the contiguous U.S.

These population trends are a problem, however. You see, land area growth in the WUI isn’t being secured as a result of significant gain in wildland vegetation, it’s only being achieved through new housing. And the human activity in the WUI is what’s exacerbating wildfire risk. Plus, because of increasing population density in the WUI, the wildfires that do ignite, as we’re seeing now, pose greater risk to lives and homes. Scholars put it best: “Wildfire problems will not abate if recent housing growth trends [in the WUI] continue.”

On another point, Trump also implied that California forest managers were to blame for the rash of California wildfires. The fact is, though, California’s forest is mostly under federal control. According to the University of California, nearly 60 percent of the state’s forest land is managed by the federal government, administered either by the U.S. Forest Service, Bureau of Land Management, or National Parks Service. Conversely, only three percent is managed or owned by state or local agencies. The remaining 40 percent of California forest land is privately-held, either by individuals, tribes, or corporations.

The specter of climate change and other human activity

Additionally, Trump’s tweet storm ignores the specter of climate change, which a chorus of fire scientists argue is a key contributory cause to the upsurge in deadly blazes. For instance, acres burned in the U.S. have doubled over the last 30 years.

Other human factors, besides forest mismanagement, are at play as well. A study published in the Proceedings of the National Academies of Science also found that human interventions, whether accidental camp fires, downed power lines, or arson, caused 84 percent of wildfires and 44 percent of areas burned.

None of this is to say that fires couldn’t be managed differently. For starters, greater emphasis should be placed on longer-term fire prevention, as outlined in the findings of the Little Hoover Commission, an independent state oversight agency in California.

On the forest management front, too, scholars like University of California’s Scott Stephens argue for better environmental management and land use, pointing to the number of dead trees in California forests as grave fire risks. Others advocate more controlled burns – rather than suppressing all fires – as a means of clearing out potentially flammable materials.

All sorts of human activity, from climate change to population movement patterns, are exacerbating the California wildfire risk. And forest mismanagement doesn’t even rank. That being said, as wildfires increase in kind and intensity, forest management, fire suppression agencies, and state and local governments need to start thinking outside of the box to keep the public safe.