Critical Issues vs. Crises: Breaking Down the Differences

Why the differences matter

Even though crisis has fast become a fact of corporate life, too many organizations still think they’re immune. Case in point: nearly a third of companies have no crisis management plan in place. That is despite the unmistakable risks associated with crisis: harm to stakeholders, losses to the organization, or even business extinction. Why would companies take the risk? 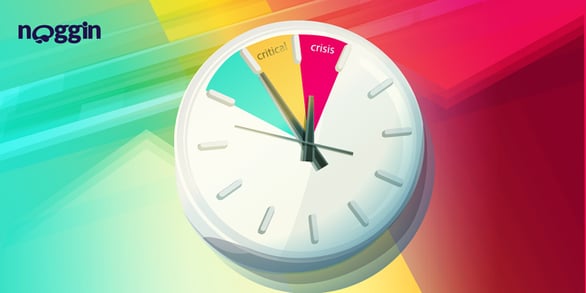 One explanation might be that organizations simply conflate corporate crisis with critical issues. Critical issues are different. They’re consistent, slow-burn problems that affect an organization. No doubt, they’re serious. When not properly handled, they can turn deathly serious, easily metastasizing into full-bore crises. But although they are, at core, crisis risk factors, critical issues are not themselves crises.

You won’t need to bring in the full cavalry to manage critical issues, like you would to deal with an active crisis. But that’s not to say that issues can be swept under the rug or ignored altogether. The difference between managing issues and crises will ultimately be one of degree.

For starters, critical issues are just less urgent than crises. Even in the case of the most protracted crises, teams will have more time to tackle issues than crises. That gives teams the license to be more deliberate in their response to issues (than to crises), like first creating a thoroughgoing plan to eliminate thorny issues, or at least mitigating their worst effects. Because issues unfurl over a longer time horizon, teams will be able to solicit the help of external experts.

When it comes to cost considerations, issues and crisis management specialist, Tony Jaques puts it best:

When you are facing an issue, potential cost is an important consideration. It might, for example, be cheaper to simply cease manufacturing a troublesome product than to publicly defend the product or to implement restrictive new regulatory requirements. However it is recognised [sic] that as an issue deteriorates potential costs tend to increase. Your own issue management plan, implemented in your own time frame, will generally be less expensive than the plan imposed on you by regulators. By contrast, cost is usually not an immediate consideration when facing a crisis. If heavy equipment is needed to rescue men from a mine collapse; or if you have to undertake costly medical tests; or if you need to hire a bulldozer to stop leaking chemicals reaching a river; no-one will say “but there’s no provision for that in this year’s budget.” Cost in a crisis is most often a secondary consideration. It’s only when the crisis is over that lawyers and accountants start to argue about the dollars.

So then, what’s a crisis?

Episodic and of more significant magnitude, crisis is neither (merely) a critical event, nor is it so abnormal as to be considered completely impossible. Simply put, crisis is an unanticipated event that disrupts the day-to-day operations of an organization. As such, crises have the potential to create significant financial, safety, security, or reputational harm, depending on the nature and severity of the event.

To learn more about the fundamentals of crisis management, download our Introductory Guide to Crisis Management Planning.