The Rise and Fall of the Minerals Management Service: A risk management cautionary tale

In the words of former White House energy and climate change tsar, Carol Browner, the Deepwater Horizon oil spill was the worst environmental disaster the U.S. has had to face. The toll of the disaster is indeed difficult to comprehend. For nearly three months, more than four million barrels of oil leaked into the Gulf of Mexico, the equivalent of multiple Exxon Valdez spills. And as to the length of shoreline oiled, scientists at the U.S. National Oceanic and Atmospheric Administration found oil along 1,313 miles of ecologically-sensitive Gulf coast. 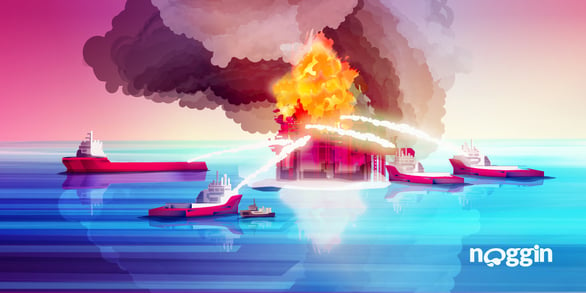 In the immediate wake of the Deepwater Horizon crisis, the Obama administration closed the Gulf to new drilling. Though it should be noted that for decades after the 1969 Union Oil blowout, the Gulf had been the U.S. maritime region most permissive to offshore drilling. At one point during that period, an effective offshore drilling moratorium covered up to 266 million acres in the Atlantic, Pacific, and Arctic. But closing down Gulf waters to new drilling projections wouldn’t be the only measure the Obama administration took, especially as the Minerals Management Service (MMS,) an agency of the U.S. Department of the Interior, drifted into the center of the Deepwater Horizon crisis.

Firstly, media exposés revealed an overly cozy relationship between MMS and the oil industry the agency was designed to regulate. A notable example: weeks into the crisis, MMS floated regulations intended to control the undersea pressures that threaten deepwater drilling operations. Those regulations never saw the light of day. Instead, the agency put forward language drafted for it by the oil industry’s trade group. As news reports showed, that wouldn’t be the only time. MMS, in fact, adopted 78 industry-generated standards as the basis for its regulations.

Some defenders of MMS pointed to the fact that the agency lacked the technical know-how to keep up with innovation in the field, especially as oil companies pushed oil excavation farther and farther offshore. Therefore, MMS had to partner with rather than police the industry. Others turned to the seeming contradiction in the agency’s founding mission, a dual mandate to:

The natural tension between these mandates really came to a head during the Clinton administration, when government reforms lead to cut backs and other changes at the agency – all the while oil companies ventured into deeper waters. Washington Post staff writers, Juliet Eilperin and Scott Highham described the dynamic best: “At the end of the Clinton administration, MMS itself issued a warning. In a little-noticed budget document, the agency reported in 2000 that the burgeoning number of deepwater wells had made overseeing operations in the gulf more complex. The number of companies working there had grown by 30 percent and many employees were new.”

Under pressure from critics over its handling of the crisis, the Obama administration would split up and then dissolve the MMS. We’ll never answer conclusively if the agency was doomed from the start, but we do know that though it was set up to help the nation meet its very real energy needs, MMS eventually became a partner (or steward) of industry. To learn more about the Deepwater Horizon crisis, download our public case study on the topic.