Why Companies Aren't Prepared for Crisis 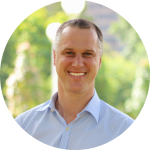 The crisis threat is here – most likely to stay. According to the ODM Group, nearly 80% of business leaders think their companies are only a year away from crisis. They’ve good reason to: roughly four in five Crisis Management, Business Continuity, and Risk executives have had to mobilize their teams at least once in the past two years.

It’s not all bad though. Having experienced a crisis firsthand or seen too many of their competitors suffer through one, businesses are acting with a lot more urgency than they have in the past. A full 84% of companies now have crisis management plans in place, according to a newly-released Deloitte study.

With plans completed or well under way, companies are breathing a sigh of relief, assured in their level of crisis preparedness. Case in point: just around 90% of firms are confident they could effectively respond to any number of crises, from system failures, to corporate scandals, to cyber-attacks, the list goes on.

But the question is have they tested their assumptions at levels that would justify their sureness? Not by a longshot.

As it turns out, organizations are dangerously unprepared for crisis. Sure, teams are coming up with the plans, but they’re not running the appropriate simulations to test them. Instead, they’re ignoring a huge blind spot in their crisis management efforts.

The truth is developing a crisis management plan only takes you part of the way towards crisis preparedness. After the plan is put in place, you still have to run regular simulations to be considered anywhere near prepared for crisis. Here’s why.

The value of testing your plans

The key rationale behind testing your crisis management plan is that training offers valuable trial and error experience to your team and the rest of the business as a whole. Remember: your employees will be de facto first responders in the event of a crisis.

Running them through regular simulations helps to ensure that they are comfortable performing the tasks assigned to them and possibly even going off-script if the crisis situation calls for it. Crucially, this practice brings your plan to life, so everyone feels invested in the plan itself.

Training only your staff isn’t sufficient either. Businesses need to coordinate both their planning and training efforts with relevant stakeholders, like key business partners, major, and the public safety agencies that will almost certainly be called in during a crisis.

Finally, when it comes to crisis preparedness, don’t fall into the trap of building then shelving your plan until the next big crisis hits. By then, it’s too late. Prepare adequately for crisis by testing your plans. That approach will keep your plans dynamic and help deliver a better coordinated response, easier recovery, and continued competitive advantage.